Fibromyalgia is a condition that causes diffuse body pains over a long period of time. Many other symptoms can be associated with this quite frequently encountered condition. So what exactly is Fibromyalgia? Read on to find out about causes, symptoms, diagnosis and treatment.

Fibromyalgia in simple terms is a condition which causes pain all over the body. Besides, diffuse muscle and joint pains, it can also be associated with problems like tiredness, emotional and mental distress, and lack of sleep. Fibromyalgia is very common. As per CDC, it affects about 5% of the adult population. It affects women more than men. Also, the severity of symptoms may be more in women as compared to men. Fibromyalgia generally appears in between 30 to 35 years of age group.

Despite being so common, fibromyalgia remains a poorly understood and a difficult to diagnose condition. The exact underlying causes of this problem is not yet well understood. It is perhaps associated with the pain-processing pathways in the brain. Certain individuals become hypersensitive to pain due to some underlying physical or emotional events. Certain common risk factors have been seen repeatedly in patients with Fibromyalgia.

Fibromyalgia is characterized by multiple symptoms. Therefore, it is also known as Fibromyalgia syndrome(FS). The most common symptoms attributed to fibromyalgia include

How is Fibromyalgia diagnosed?

Fibromyalgia is essentially a clinical diagnosis. It means that there are no definite pathological or biochemical tests that may point to the diagnosis. The main factor on which a doctor makes a diagnosis of Fibromyalgia is the presence of diffuse body pains for more than three months.

Earlier physicians would base their diagnosis on the presence of “Tender points” in muscles. But this practice has been stopped.

As there is no definite biochemical or pathological marker for this condition, the criteria advised by American College of Rheumatologist in 2010 is used to ascertain this diagnosis.

These points are recorded in the form of a questionnaire and given points according to their severity.

The first thing to understand is that there is no permanent cure for Fibromyalgia. The treatment aims at reducing the severity of symptoms. This may not be achievable using a single modality. Therefore, one may need multiple forms of intervention simultaneously. The below mentioned lines of treatment have been the most studied. The treatment modalities can be broadly divided into non-medicinal and medicinal.

One of the most widely advised and successful treatment options for Fibromyalgia is exercise. Regular aerobic exercise gives the best results. It may seem contradictory to start exercise with pain, but it has been proven beneficial in many studies. One can start with low impact exercises and gradually increase as per tolerance.

This is focussed on understanding how a person’s thoughts and behaviors affect pain. This includes techniques like meditation and mindfulness which help in stress reduction and have been shown to significantly improve symptoms of fibromyalgia.

Another important factor is to address risk factors and triggers for fibromyalgia. Over a period of time any individual can ascertain the causes that make the pain worse. The common factors attributed to Fibromyalgia are sleep disorders, mood problems, stress, anxiety, panic disorder, depression, obesity, smoking and many others. This may require involvement of other specialists like a Psychologist, Sleep Medicine doctor, and physiotherapist.

Drug based or pharmacological therapies

Amitriptyline in low doses has been the traditional mainstay of alleviating symptoms of Fibromyalgia. However, it is not very effective and pain may improve by a modest 50% in only one out of four patients treated.

Two drugs, Duloxetine and Milnacipran, act by modulating certain brain chemicals(Serotonin and Norepinephrine) which are involved in pain controls. These medicines are approved by the FDA for use in Fibromyalgia.

The third drug approved by the FDA for fibromyalgia is pregabalin. Pregabalin and Gabapentin are two related medicines that work by blocking the over activity of nerves. Therefore, they reduce the over-sensitivity of nerves involved in transmission of pain. These are perhaps the most commonly prescribed medicines for nerve and muscle pains. Side effects may include dizziness and sleepiness.

Some of the commonly available pain medicines like Paracetamol and Diclofenac are not effective in Fibromyalgia pain directly. However, they may give indirect benefit by suppressing trigger factors, like joint pains. Certain other medicines may also be used to improved sleep, depression or other related factors that are associated with Fibromyalgia.

A single medicine does not work for all and will not work as a standalone therapy. Medicines are usually  given as a part of multimodal treatment protocols along with non-drug therapies mentioned above.

Self-care is important for all patients with Fibromyalgia. A healthy and balanced lifestyle is crucial to improving symptoms and quality of daily life. A few self-help tips for living with fibromyalgia are given below. 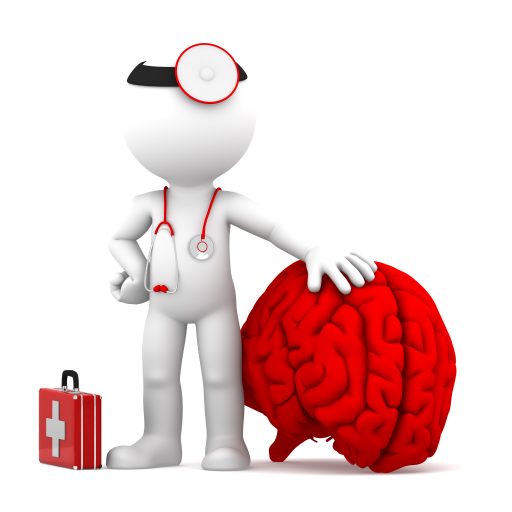